By Lifelearn Admin July 5, 2018 Diseases and Conditions
No Comments 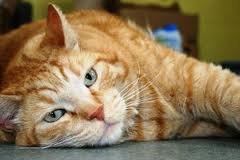 Diabetes mellitus is a disease that may affect our pets as well as us. Diabetes is a problem of glucose (sugar) regulation within the body. Insulin is one of the hormones that is produced by the pancreas and is responsible for regulating blood glucose levels.

There are two types of diabetes. Type I diabetes results from a deficiency of insulin in the body due to an insufficient number of insulin-producing cells. Type I diabetes is the most serious form of the disease and most often develops in young pets (less than 1 year of age). Type I diabetes is rare and not preventable. Type II diabetes is more common, resulting from a body’s resistance to the effects of insulin. Older, obese pets are more susceptible to type II diabetes because fat cells cause their bodies to become resistant to insulin. Weight control through diet and exercise can help prevent the onset of type II diabetes in our pets. This is just one example where we can have a positive influence on our furry friend’s health, by simply watching their weight.

The onset of type II diabetes in our pets generally begins in their senior years, 9-11 years in cats, and 7-9 years in dogs. Male and female animals are equally as prone to getting this disease. There is no breed predisposition in cats but there are some dog breeds at increased risk. These include breeds such as the Australian terrier, Bichon frise, Cairn terrier, Fox terrier, Keeshond, Poodle, Samoyed, Schnauzer and Spitz.

Symptoms: The most common symptoms we recognize in our animals are an increase in thirst and urination. Many people also begin to see a weight loss in their pet, despite the fact that in many cases their animals are still eating well. As the disease progresses our pets will become sick, often becoming lethargic and weak with a decreased appetite. If left untreated our pets can die of this disease.

Treatment: Thankfully this disease is generally very successfully treated in cats, dogs and people. For our pets, many experts believe that diabetes does not shorten their life span nor decrease the quality of their lives when successfully controlled. Diabetes is best controlled with special diets and daily insulin injections. However, exciting new developments have occurred in the treatment of diabetes in cats. For our newly diagnosed diabetic cats, a combination of a special brand of insulin called glargine (used in some diabetic people) and early dietary changes has resulted in a number of our feline patients no longer requiring insulin injections. It is believed that this particular treatment regiment allows the cats to become responsive to their own insulin production and thus not requiring their owners/caregivers to give them long-term insulin injections.

Diabetes does not have to be a life-threatening disease. While diabetes cannot be cured, with consistent treatment, patience and love, your diabetic pet can live a normal, happy, healthy life.